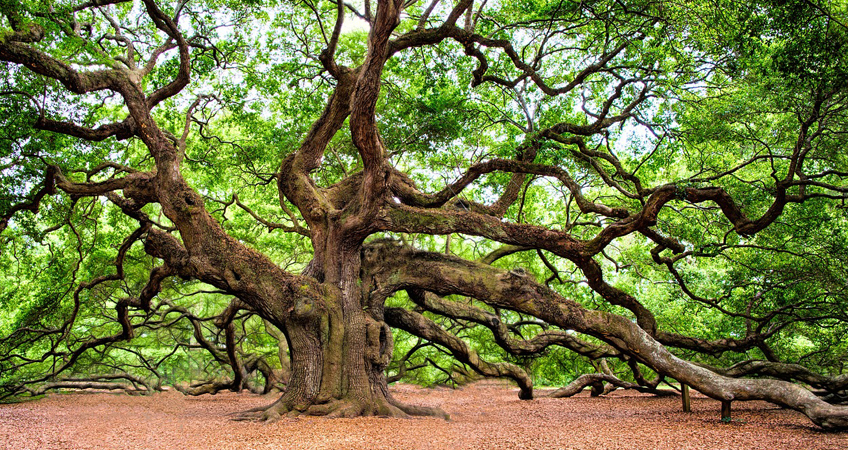 Of the Fagaceae family, the Oak tree stands out and is one of life’s most precious gift to humanity. A versatile-serving tree, the uses of oak are innumerable.

For many centuries, the oak has been used as timber for furniture, constructions for canoes, wine barrels; flooring, housewares; and whatnots, thanks to its rigid, durable qualities. That’s not all. The oak tree has healing properties, known to cure various diseases effectively.

The Oak tree is most prevalent in parks and residential areas, where it delivers ingeniously. Either as a form of shade, or for beautification purposes, the oak tree is just right.

The all-overwhelming, all-mighty oak cuts across 600+ species, spread across cool to tropical climates in America, Asia, Europe and farther down North Africa.

While some species appear to be deciduous, others are evergreen and semi-evergreen. Over specific periods and in particular latitudes, that explains why leaves are scanty, abundant, or almost as much as they strive to get.
Aside species, the oak is further classified into four: the black oak tree, the red oak, the white oak; and the live oak.

Though each class has its variation, the live oak, however, remains the most distinctive. Like those shown in animations, the live oak tree stands in full glory with its leaves ever so graceful. Whether in winter or fall, that is the game it plays.

The oak tree’s meaning is derived from what Historians believe to mean ‘druid’. In the Greek, the term ‘drus’ refers to tree, and ‘id’ (wid in Greek) means ‘to know’. This informs you further of the oak symbolism.

The Greeks linked the tree to Zeus, the king of all the gods and the god of thunder. That linkage led many Greeks to consider the tree as a warehouse full of wisdom.

A similar party to this were the Celtics. In the old Celtic tradition, the druids were closer to the gods and were the medium through which the gods communicated to the people. The Oaktree was the gateway to the world of spirits. Much so that the druids believed that as they listened to the rustling of the tree, they were travelling to another dimension, not of the real world.

Today, the oak leaf symbolism is not the same as the one of old. It’s been revised, and without any myth attached to it too. The oak tree symbolises strength, knowledge and resilience.

The United States of America designated the oak as its national tree because of the symbol that comes with it. Not only America, but other countries like Norway, Sweden, Germany, England, Jordan, Poland, Romania, France are also in on this.

When autumn comes, think acorns. The fruit of the oak tree is everywhere in the fall of this season. So, planting oak trees are not half as stressful. All you need do is gather up several fistfuls, just enough to fill up a bucket. Lots of acorns are needed because the germination rate for them is quite low.

While in your little venture, carefully examine the acorns. Avoid green acorns, as they are unripe or dark ones, as they would rot later on. Also, look out for acorns that appear mouldy, or are off coloured. Instead, go for fresh, ripe acorns –usually brown at the cap down to the entire body of the fruit.

After checking these, you can proceed to put the seeds in a bowl of water and leaving them overnight. If it’s a white oak acorn, then they should be ready for planting after soaking. However, if it’s red, the seeds would have to be placed in a plastic bag with moist soil and conditioned in a fridge or a cool location that reads 40 F. Leave in for about eight weeks, making sure to check every fortnight.

Once that cycle is complete, take out the seeds that show signs of moulding. Plant the acorn seeds 1-3 inches in a pot, and it possible to plant several of them together. Water the seeds in the daytime for a little over two months, but be careful not to overdo it.

Oak trees are not to be kept indoors for too long, as this can be dangerous to their roots. So, when you notice that the first leaves are out, you should move the saplings outdoors, where it’s all warm and sunny. Don’t stop watering, though. Carry on till the summer fully sets in.

Are you looking to go the oak way? At Valiant Arborist, we offer a vast range of oak species you could select from. Contact us today!